The other Bill Cunningham

Two Mondays ago, I got a call from the Bill Cunningham Show and safely assumed it was a spin off of the well-know fashion photographer's 'On the Street' segment.

Little did I know this would be the biggest fashion mix up of my life. 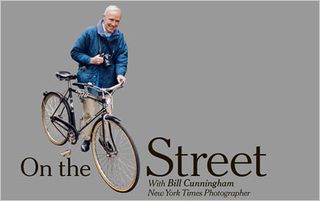 After asking some questions, I agreed to be casted for the audience. I was excited about the possibility of  finally meeting, Bill Cunningham, a living legend! I rewatched his documentary and viewed his latest New York Times street style coverage in preparation.  I also started to try things from my closet. I choose a vintage ruffled spritly-printed party dress, blue tights (the hue of Bill's iconic parka), and black boots. Anna Wintour was right: 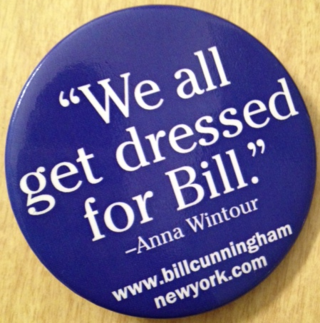 I dashed out of my teaching gig in route for the 1 train to make it mid-town for the 12:30 call time. When I arrived at the hotel I was confused by the people waiting with me. I was dressed like I was going to an artsy party and they looked like they were going a bodega for malt liquor. No offence but I'm from a small town in West Michigan, I know the malt liquor/cracked out uniform when I see it. Confused by our contrast, my excitement continued to expand. I proceeded to check-in and then security. My antenna went up (again) when the guards dumped the contents from my tote and took my sewing bag with pins, needles, and three pairs scissors. I fussed, "I'm a fashion design teacher. Bill would not want my tools to be confiscated". They ignored my complaint and handed me a crumpled paper with the number '37' scribbled on it and told me to pick up my things after the taping. I quietly proceed the adjacent room as instructed.

a life sized cutout of Bill in the lobby 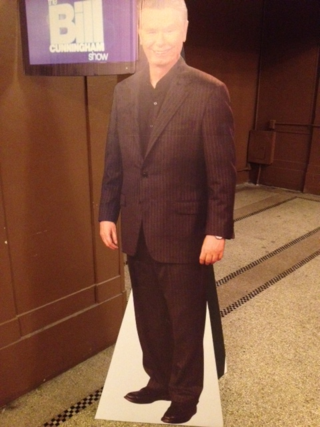 To my surprise we were placed in a dank holding room, that had past episodes of Bill's show looping, prior to being seated in the studio. At that moment I realized that there were two Bill Cunninghams in Town. There was:

I was at the show for the other Bill Cunningham. I suppose not having cable for the past 4 years factored into my ignorance. This talk show was not about fashion but sex and cheating (which often led to physical fights between guests).

Get me out of here I thought, but I decided to sit in the back row to experience the oddity under the protective lens of my sunnies. Minutes before the taping was scheduled to start, a producer motioned for me to remove my sunglasses and then requested me to relocate to the front.

Ugh. It was the dress.

I changed glasses and reluctantly moved to my new seat by neatly squeezing past a row of audience goers who smelled of blunts and moth balls. They verbally expressed their vexation that I got to sit closer as I slid by. Somebody even called me a 'skinny bitch':(. I settled into my new seat next to a giant bouncer who was in place to stop the first fight.

The show started and as I anticipated it was a badly-seasoned gumbo of ghetto madness. I pulled out my pen & pad to jot to-dos between segments while praying that I would not get smacked with a flying faux leather chair. Bill coaxed and instagated conversations but there were no conflicts to be resolved.

the set of the CW's Bill Cunninghan show 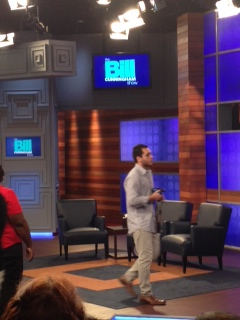 After the third couple spilled their guts to a sappy Bill I knew that I needed to escape. My wilting spirit could not take another story or more jeering from the audience. During the commercial break I tip-toed from my seat wiggling my way to the to the guard station to pick up my sewing tools. I then found my way to the nearest exit placing me back on 34th Street. Whew.

The experience removed me from my fashion-filled bubble but the irony makes me laugh. I'll never judge a book by it's name again.

I'm back to the drawing board -- how will I meet the other Bill? 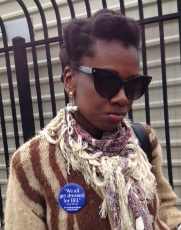 The weather is ch-ch-ch changing, i.e. it's logical to start thinking December now.  Here are a few of my favorite things from the Lands' End Holiday Preview for 2012. Taking inspiration from their home state of Wisconsin there's oodles of mid-west charm to mix into your wardrobe, or gift, as you go to and fro in the snow! 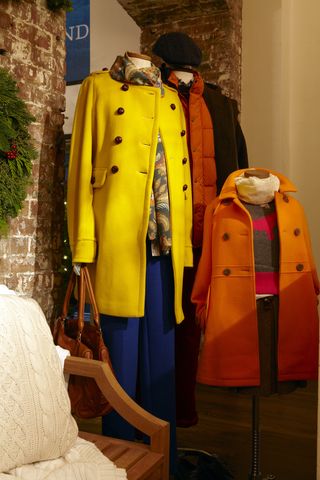 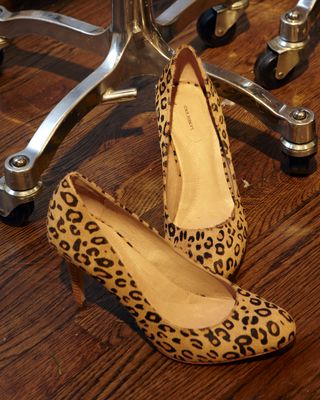 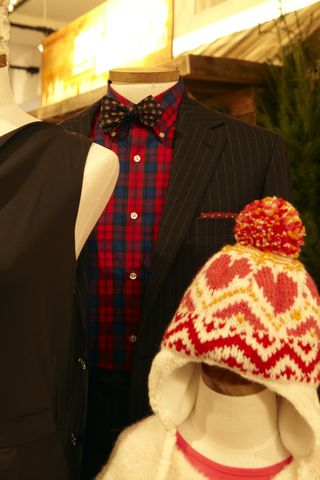 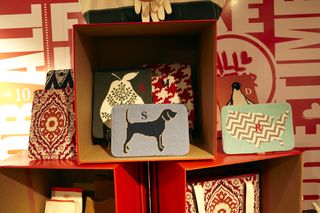 photos used with permission from Lands'End

When I started writing The Creative Cookie four years ago I would daydream, at work, about the moment when my passion for fashion and creative things would lead to a full-time reality. After months and moons of being a night owl and an early bird, most days of the week, my daydream is real!

This blog has been the glue that held me accountable for manifesting a loosely woven, yet pretty, life filled with sparkly things. Lately it's been difficult to step away from my work, my family, or rest to blog -- which seems so silly since The Creative Cookie is the thread that led me to craft my creative path.

Surviving superstorm Sandy and walking through the aftermath has shifted my perspective and I've hit my internal reset button to reboot, a better me. I'm committing to start blogging more because, frankly, I have plenty of ideas to share and zany fashion stories to tell. Sew, let's move forward and be creative together, shall we? 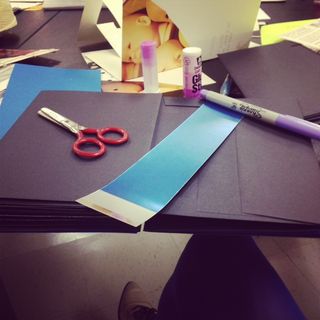 at a handmade bookmaking workshop earlier this fall